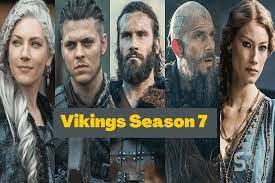 We’re finally getting some closure on one of the most brutal and bloody shows in television history. After six seasons, Vikings is coming to an end with a two-hour series finale on Wednesday, December 30. But how did we get here? The series began with Ragnar Lothbrok (Travis Fimmel), a simple farmer and family man who rose up to become one of the most feared warriors of his time. Over the course of six seasons, we’ve seen Ragnar’s rise to power and his fall from grace. We’ve watched as his children grew up and took on their own roles in this brutal world. Now, it all comes to an end. Here’s what we know about Vikings season 7.

The possible plot of Season 7

The possible plot of Season 7 is shrouded in mystery, but there are a few things we know for sure. First, Ivar the Boneless (Alex Høgh Andersen) will be back and he will be seeking revenge against his brothers for betraying him. Second, the Rus Vikings will be attacking Scandinavia, so the heroes will have to band together to defend their homeland. Third, Bjorn Ironside (Alexander Ludwig) will be leading the charge against the Rus, which means we can expect some epic battles. Lastly, with Ragnar Lothbrok (Travis Fimmel) dead, it is unclear who will take his place as King of the Vikings. All we know is that Season 7 will be full of surprises and we can’t wait to see what happens next!

The cast of Season 7

The trailer for Vikings Season 7 was released at San Diego Comic-Con and it gives us our first look at the new cast members.

Ivar the Boneless (Alex Høgh Andersen) is seen leading the Rus army against his brother Bjorn Ironside (Alexander Ludwig), who is leading the defense of Kattegat. In England, King Alfred (Ferdia Walsh-Peelo) is dealing with his own problems as he tries to unite the Saxons.

Meanwhile, in Iceland, Floki (Gustaf Skarsgård) is living in a cave with his wife Helga (Marit Synnøve Berg). He seems to be content with his life until he has a vision that changes everything.

We can’t wait to see what happens in the new season of Vikings!

The release date of Season 7

The release date for Season 7 of Vikings has not yet been announced. However, we do know that the show will return in 2020. So far, the show has aired one episode in 2020, titled “A Good Treason.” This episode aired on January 1st, 2020.

It is possible that Season 7 will premiere in late 2020 or early 2021. We will update this page as soon as the release date is announced.

What the fans are saying about Season 7

We know that the final season of Vikings will be 10 episodes long, and that it will air sometime in 2020. We also know that the show’s creator, Michael Hirst, has teased a “bittersweet” ending for the series. Beyond that, we’ll have to wait until the show returns to find out what happens next. Jilo – Watch Any Movie For Free – 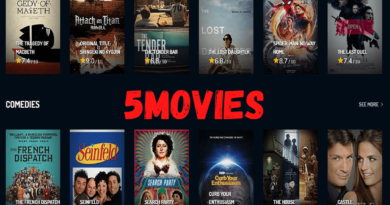